Should You Have That Second Cup of Java? 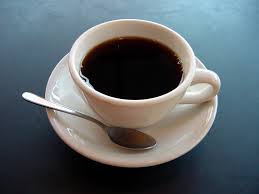 A study published in the American Journal of Clinical Nutrition found that multiple cups of coffee affects women’s estrogen levels, which could put them at a higher risk of hormone-related diseases like breast cancer.  While the study is inconclusive, it is food for thought for women who consume moderate levels of caffeine daily.  Read more in this article from Prevention: http://www.prevention.com/health/healthy-living/drinking-coffee-could-affect-estrogen-levels-study 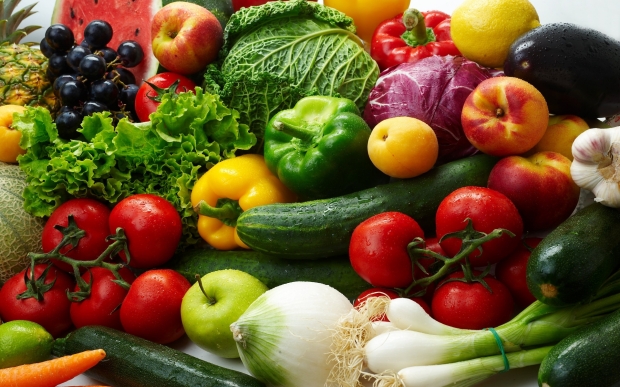 Making healthy food choices is an important component to lowering our risk to disease. Eating fresh vegetables, hormone free and organic foods have been proven to reduce our potential of cancer.  We love these healthy food tips below from the Breast Cancer Fund (www.breastcancerfund.org).

Eat Your Veggies, but Kick the Can

We all know vegetables are great for us, but the lining in canned food can leach chemicals like BPA. Farmers’ market-fresh vegetables are a better choice, but if you can’t make it to the market or want something out of season, choose frozen over canned or look for brands that make BPA-free cans.

When we eat meat and dairy products, we’re also eating the residue of what those animals ate, including pesticides, growth hormones and contaminants. Choose hormone-free beef or dairy to eliminate those traces of hormones that can enter our bodies and contribute to an increased risk of breast cancer.

In addition to mercury, seafood can also be contaminated with high levels of PCBs and dioxins (which you should especially avoid when pregnant). Buy farmed fish that are lower on the food chain; for larger fish like salmon and sea bass, buy wild-raised. And limit consumption of fattier fish, like lake trout, or fish that are bottom dwellers, like wild catfish.

When you do eat fish, careful preparation and cooking can reduce the amount of PCBs consumed. Fillet fish to remove as much fat as possible. Frying may actually seal some of the toxic chemicals within the remaining fat, so bake it or broil it instead, which will cook off natural fats and cause the accumulated chemicals to drip out.

Found in cigarette smoke and car exhaust, polycyclic aromatic hydrocarbons (PAHs) are also found in the char of heavily grilled foods. So when grilling, use a slower roast method, go for medium instead of well-done, and scrape off any of the black stuff that results from overcooking.

Include Soy, but Don’t Overdo It

Natural plant-based estrogens in soy may provide healthy benefits in low doses, but may be a risk factor for breast cancer in higher doses. So use it as part of your regular diet (tofu, anyone?) but stay away from concentrated or isolated forms of soy derivatives, including genistein pills.

PLU Codes Do Not Indicate Genetically Modified Produce (via HuffPost)

Let’s put a rumor to rest. No, the 5-digit PLU codes on produce do not tell you what is genetically modified or natural. This urban legend has circulated long enough, even on the best of websites. It’s time to take it down.

The 4-digit PLU codes on the sometimes-pain-in-the-neck labels glued to apples, for example, tell the checkout lady which is a small Fuji (4129) and which is a Honeycrisp (3283). She’ll know what to charge you and the inventory elves will know what’s what. If there’s a 5-digit code starting with 9, then it’s organic.

These numbers, organized by the Produce Marketing Association, have nothing to do with you. According to Kathy Means, Association Vice President of Public Relations and Government Affairs, this is an optional convention for retailers and their supplier and is not designed as a communication tool for customers. If you want to know which items are organic, look for the word Organic; and stop squinting at tiny codes.

Those that run PLU-universe figured that someday some retailer might want to distinguish between a GMO and a non-GMO for price or inventory purposes. So they created a convention of 5 digits starting with an 8, just in case it catches on. But it hasn’t. No one uses that number 8 as far as we can tell. And why would they? Most Americans say they would avoid GMOs if they were labeled.

Some seed companies don’t even want gardeners to know which seed is genetically modified. One company that sells zucchini seeds outfitted with virus genes announced that they would refuse to sell seed packets in Vermont, since the state legislature requires GM seeds to be labeled.

Where does that leave you—if you happen to be one of those finicky eaters who values your immune and reproductive systems, and don’t want your kids to end up with the organ damage common among GMO-fed lab animals?

Fortunately, we’ve got you covered. Go to www.NonGMOShoppingGuide.com and peruse the long lists of non-GMO and GMO brands by category. Download a two-page version, order the pocket guide, or even equip your iPhone with the new app “ShopNoGMO”.

Although a list of non-GMO brands won’t help you figure out if your produce is genetically modified, the great news is that there are only 4 GMO veggies or fruits at this point: papaya, but only from Hawaii and no where else; some zucchini and yellow squash, and some corn on the cob. For these, unless it says organic or boasts a non-GMO sign in the store, eating them is a gamble. It could be GMO.

If you’re not sure if GMOs are bad for you, we’ve got you covered there too. Visitwww.HealthierEating.org, and read, listen, or watch, and find out why more and more doctors and medical organizations are prescribing non-GMO diets to all patients. 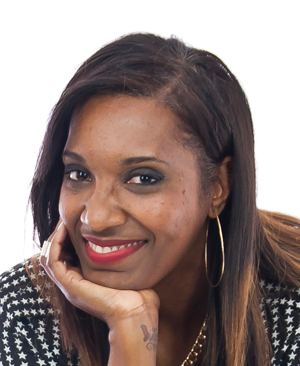